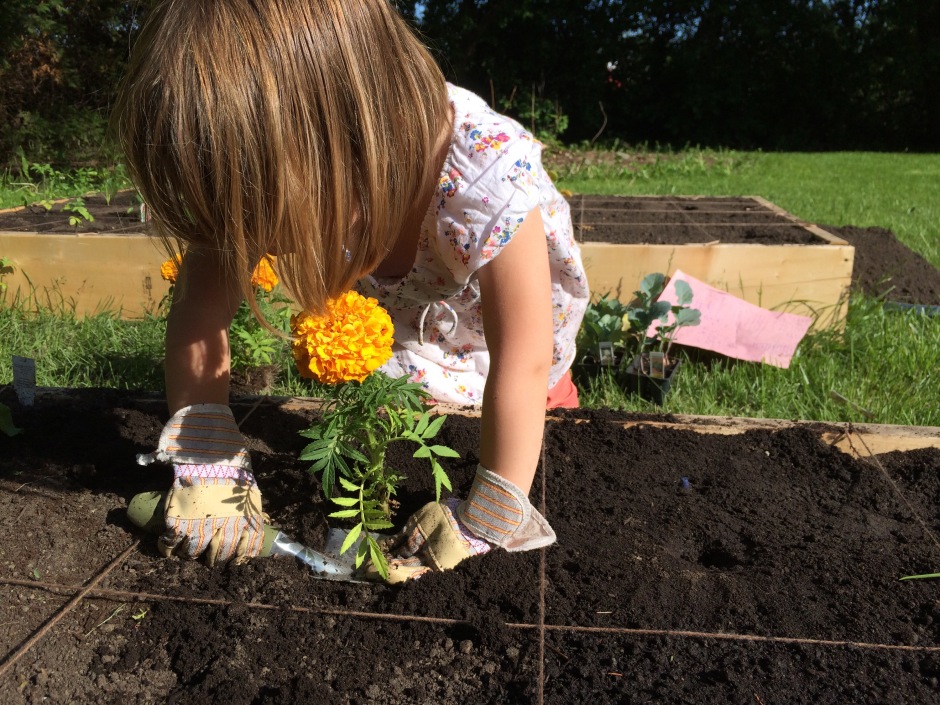 I had a proud crunchy mama moment the other day.

My three year old was sweeping the remains of her younger sister’s meal from off the floor and putting them in the dustpan.

She starting picking items out and making two piles.

“One is for the outside compost, the other is for the compost under the sink,” she said.

And sure enough, the fruit and vegetables bits were in one pile while the meat and bread with other.

(We compost vegetable, fruit and leaves for the garden but send all the other compostables to municipal composting heaven.)

The next time someone tells me composting is too complicated, I’ll have my daughter explain how it works. 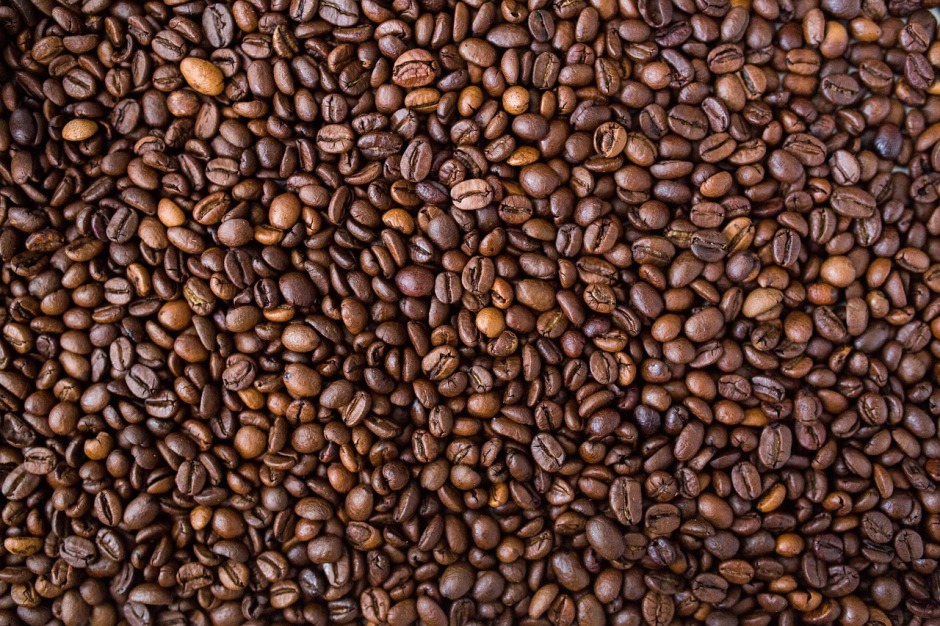 My favourite beverage is the source of my morning discomfort after a CBC article is blaming convenient packaging, including single use coffee pods, for the increase of curbside garbage in Canada.

That’s a lot of garbage, Canada!

There’s a way to slow down this rapidly growing issue and it involves reverting to less lazy ways. There, I said it. We’re lazy and wasteful. And it has to stop.

If we started doing things for ourselves again, we’d produce a lot less garbage and waste fewer resources.

A French press is a brilliant little kitchen tool. It’s the size of your outstretched hand and costs around 10$. For that price, you can have one at home and one at work.

Add two teaspoons of ground coffee and boiling water. Wait a few moments and push the grounds to the bottom of the glass carafe using the handle of the plunger and voila! A delightful cup of coffee totally adjustable to your coffee drinking preferences. Compost the grains and you’re hitting it out of the ballpark.

I know the office world is mildly obsessed with k-cups. Sure they’re convenient but it’s time we redefine convenient. Saving a minute or two a day doesn’t quantify as a significant source of time savings.

Do I really think a French press is our sole solution to excessive garbage production? No.

I think replacing a package of convenience with a sustainable product is a great place to start the long road to shedding our serious dependency on throw away goods.

Start with coffee and the next thing you know, you just might find yourself living a little more mindfully everyday. 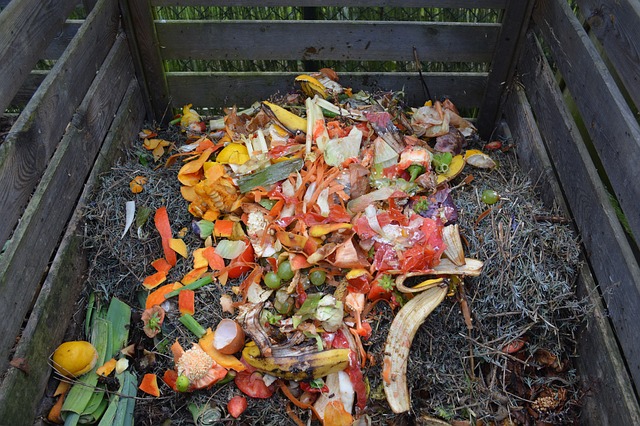 We operate two different compost bins and they were both absolute disasters last week.

I’m only able to write about it now because I’m finally starting to recover from the experience.

Compost bin number one, the city run compost program, gets the dirty compost — the meat, the questionable leftovers and anything that has oil and/or dairy.

It lives in the garage. Between barbecuing, toddler activities in the driveway, gardening and outdoor chores, the garage door is often open. So the flies come visit.

The bin was covered in maggots two weeks ago. Ewwwwwwww. Luckily for me, my partner put himself in charge of cleaning it up. The maggoty compost had to go somewhere so it was stuffed into two, or five, garbage bags. It’s time like these that you give up on composting THAT pile and chuck it to the trash.

With a garbage pick up every two weeks, things just got nasty in the summer heat.

My poor partner had to “deal with it” a couple more times before the garbage was finally picked up.

At the same time, compost bin number two, the outdoor compost, was exploding with fruit flies. This is the one I dealt with.

I thought I had a good ratio down but I needed much more brown material (dry leaves, shredded paper, coffee grinds, wood ash and dirt) for the amount of green material (egg shells, fruit and vegetable scraps) that I was putting in.

The fruit flies loved us.

So I remedied the issue and loaded the bin with much needed brown matter. Balance seems to be restored.

This week’s very steep learning curve made me question why I bother composting. The best answer I came up with was feeding nutritious earth to my garden and that’s only mildly motivating when dealing with two separate bug infestations.

As I heading outside with a bowl of vegetable scraps yesterday, my three year old said, “Are you going to the compost bin? Can I come see?”

And then it came back to me. I compost because I care where my food comes from and where it goes. I want my girls to care too.

“And remember not to over think it. Everything rots eventually!” 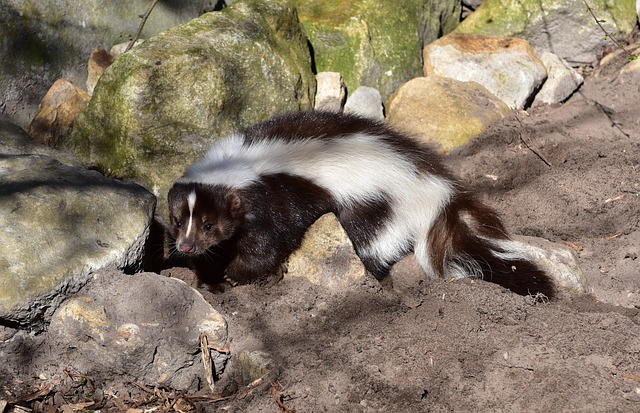 That moment at dusk when you’re sitting at the kitchen table writing and out of the corner of your eye you see a skunk walk across your patio.

You send the following series of texts to your significant other: “THERE’S *#%ING SKUNK”, “DON’T COME UPSTAIRS RIGHT NOW!!!!!!” and “The [patio] door is open eeeeeeeeeeeeeeeeeee”.

And he comes upstairs anyways, ever so quietly, to sneak a peak.

When the skunk is finished smelling around, it turns to walk away, it’s pretty stripey tail bobbing along.

“It’s going for the compost,” he says, nodding his head.

We watch as it staunters across the yard towards the black bin.

When it gets there, he claps his hands loudly and sends it off scurrying in the bushes.

And he quietly walks away with the words “I told you so” on the tip of his tongue.

The compost bin has arrived!

I’ve been yearning for a backyard compost bin for years so this is a big thing in my life.

When I lived in an apartment, my friend suggested I put one on my 11th floor concrete balcony. I instead decided to wait until I had my own backyard.

The first house we bought was a cute townhouse with a backyard the size of a large swimming pool. It was in the middle of a suburban neighbourhood that managed to successfully ban clothes lines for a number of years. (That ban was finally overturned in 2008.)

A neighbourhood that fights against line drying isn’t going to be receptive to composting and I didn’t want to ruffle the feathers of the other homeowners.

Plus, we bought this home knowing that it was going to be a short term purchase.

Faced with three options, the choice was easy: move a big pile of rotting food, leave it for whomever buys our home or hold off on backyard composting.

Three years, and two babies, later we sold and moved to our forever home.

But we moved in November so I had to wait until spring.

Thanks in part to having months to scroll through Pinterest, I’d been secretly wanting a rustic DIY compost with two bins made of chicken wire and wood pallets. I could eventually put the chicken coop and bee hive nearby and tether the grass cutting goat on the side yard.

My husband does not share this vision. He’d be happier having nothing to with composting but he humours me.

So I was overjoyed when he went to the hardware store and picked up a compost bin.

It’s not the one from my Pinterest boards but it’s made from one hundred per cent recycled material so it’s okay by me. Compromise.

I assembled it and put it in the most compost friendly spot in the yard. It’s sunny and accessible and far away from our only adjacent neighbours.

I followed the instructions and layered twigs on the bottom to help with aeration. I then put a layer of “brown” or “dry” material, so mostly leaves. Then I layered the “green” or “wet” material, that’s where food stuff comes in.

It’s pretty basic actually. We stick with the basics and only put fruit, vegetables, eggs and coffee grinds in the bin. I’m really good at the coffee grinds. Next year’s tomatoes are going to be coffee flavoured.

It’s surprisingly clean and totally odourless. It doesn’t even smell like coffee.

Despite our new found backyard composting ways, we are continuing with the city run composting program. We’ve been participating for a few years and it’s great. It takes items that are discouraged in our backyard compost: meat, oil, dairy, weeds and questionable leftovers.

We’ve been surprised by the amount of nighttime visitors our backyard receives. The local wildlife, probably raccoons, was getting the lid off the bin. I know that raccoon are clever but are they really able to lift the lid off that’s more than three feet off the ground? We must have really tall raccoons.

An impressive feat no doubt but not one that can be a regular occurrence. What raccoons don’t know is that we have an arsenal of bungee cord so I McGuyvered the lid and haven’t had an issues since.

With the pests at bay and the new routine of two separate compost bins figured out, all I have to do is wait until the old food turns to dirt. And dream about chicken coops and bee hives.